The Cushion Club – Fritwell’s Film Club at the Village Hall

Welcome to Fritwell’s Film Club, providing the latest release films at a fraction of the cost of going to the cinema, in the company of friends.

Join the Cushion Club at below to receive news on the latest films, show dates and times.

Films to be shown are also advertised on the Fritwell Village Hall Events Noticeboard – inside the hall.

Movie Club for the youngsters!! (Up the age of 12). Come along and watch a film with friends. Third Friday of the month 4.15 – 6pm in Fritwell Village Hall (before the main Cushion Club)

Parents, grandparents, carers etc encouraged to stay for a chat and a cup of tea or bring along your own tipple (if you aren’t driving) as it is a Friday afternoon!!!!

The next Cushion Club’s are planned for Friday 19th November 2021. 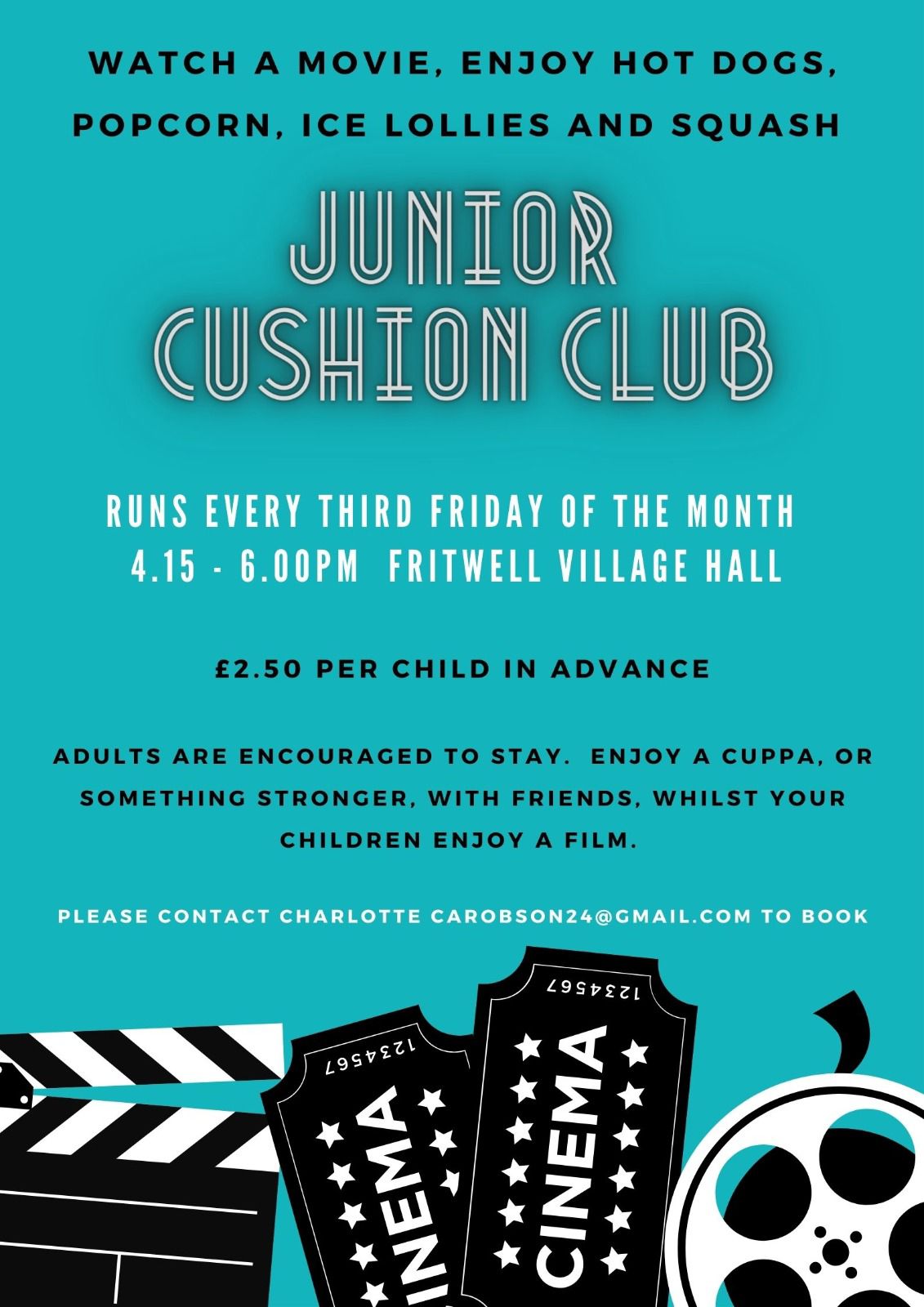 The Cushion Club is a members club for the people of Fritwell & surrounding villages who’s aim is to bring entertainment in a social surrounding. The Cushion Club brings the latest release films to the group at no charge to view. There is a fee for membership however. See our membership information for more details. We will aim to show a minimum of 12 general release films per year suited to a general (grown up) audience.

Details of the films on show is only available to club members and on the noticeboard in the hall. In order to see the latest films, you can refer to the dates in the on-line calendar, but to receive updates of the film titles showing, you must sign up to our mailing list. Please note that signing up to the list grants you ‘associate membership’.

Admission to the club is on payment of the membership fee. The Cushion Club is run by volunteers for the community on a ‘not for profit basis’. Initially members will be charged a small fee to be in the club, but after the initial costs have been repaid, we will review the membership fees. On joining the club, you will be gently nudged to volunteer to help on occasions, no more than once per year. If you want to help more than this, then that’s FAB! Thanks. Oh, and don’t forget. Bring a cushion!

The normal membership is £25 per year.

This entitles the bearer of the membership to unlimited film viewings for 1 year from the issue date. Other types of membership are: Partner at home annual membership (transferrable between husband & wife / partners when only one is able to get out to view the film. £30 Annual Membership. £2.50 for children’s’ films, membership includes entry for one guest adult per child. See conditions for more details.